A new cool feature added to Power BI Service is the ability to download Power BI reports from Power BI Service. This feature is highly demanded and it’s available from November 2016. I was really excited when I noticed that and I had to try it straight away. I was in a bus back to home on Friday, but, I couldn’t wait until I get home and test this cool feature. So I created a personal hotspot and started testing it in the bus. To make the level of my excitement clearer, I should reveal a secret. I get motion sick in the bus very quickly. It gets worth when I read something, even reading a text on my mobile. Man, it’s really horrible feeling. Knowing that I’ll potentially get sick, I turned on my tablet (a Windows 10 tablet of course) to test this new cool feature. So I logged into my Power BI Service account, I opened a report, clicked File menu and this is what I got 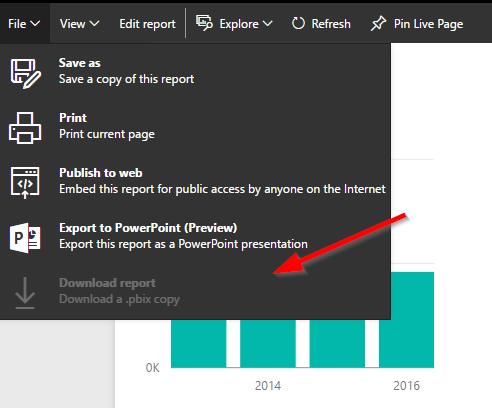 So I opened Power BI Desktop and created a report on top of an Excel file very quickly, then I published it to the service and voila! It worked. So it is also available in my area. 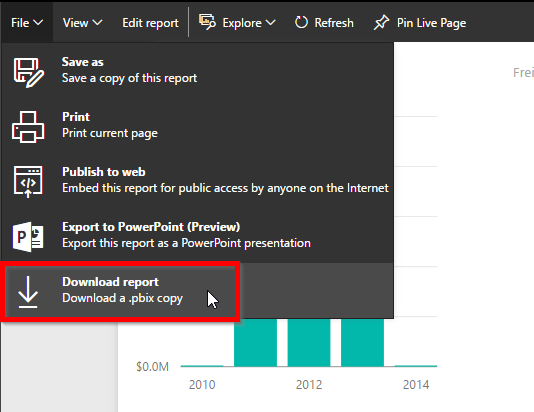 But, what was wrong with the previous report though? The dataset?

I checked the report’s dataset, it was on-premises SQL Server. Could it be a problem?

I created another Power BI report in Power BI Desktop on top of adventure works on SQL Server 2016. I published the model and interestingly the download report feature was still active. So how on earth I shouldn’t be able to download that report?

Well, I was in the bus, wobble about and I was feeling that the motion sickness symptom is coming for me and there were a bunch of “whys” in my head.

So I had to experiment some other datasets as well. I tested the following datasets:

So, it can’t be an unsupported dataset, I reckon.

I quickly created a report on Power BI Service itself and… again, it’s greyed out. 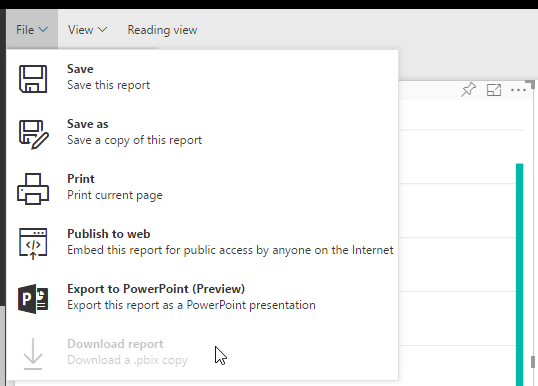 So this feature is not available when we create a report in Power BI Service from scratch which is no good. I hope this is just a starting point for Power BI development team and they improve the download feature in the future so that we can download the reports created in Power BI Service.

But, a question still remaining, why it is inactive for all of my existing reports which published a while ago?

The bus is still going…

So I googled it and I found this useful article, thanks Matt Allington.

I should jump out of the bus now and luckily I haven’t got sick, well, a little bit, but nothing to be worried about.

After I got home I reopened an old report in the latest version of Power BI Desktop and republished it and yes, Matt is right. The download report feature is now activated.

So if this new feature is not available for you then

What if I reopen a report created in an older version of Power BI Desktop and republish it? Will this resolve the old report problem?

Yes it does. Just open the PBIX file created in an older version of Power BI Desktop, save the model then republish it. It should work.

What happens if I change a downloadable report in Power BI Service?

Another question is that can I still download a report if I modify it online in Power BI Service? The answer is YES you can.

I tried it and it worked for me.

What about security? Who can download the reports? What if we don’t want this feature to be avaibale for all users?

You can enable or disable this feature through “Admin Portal” if you are a “Global administrator “. 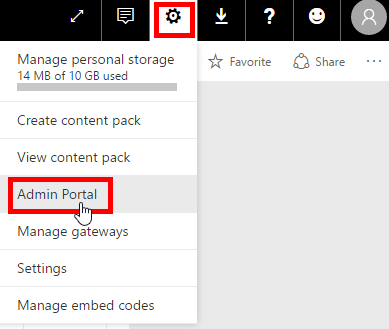 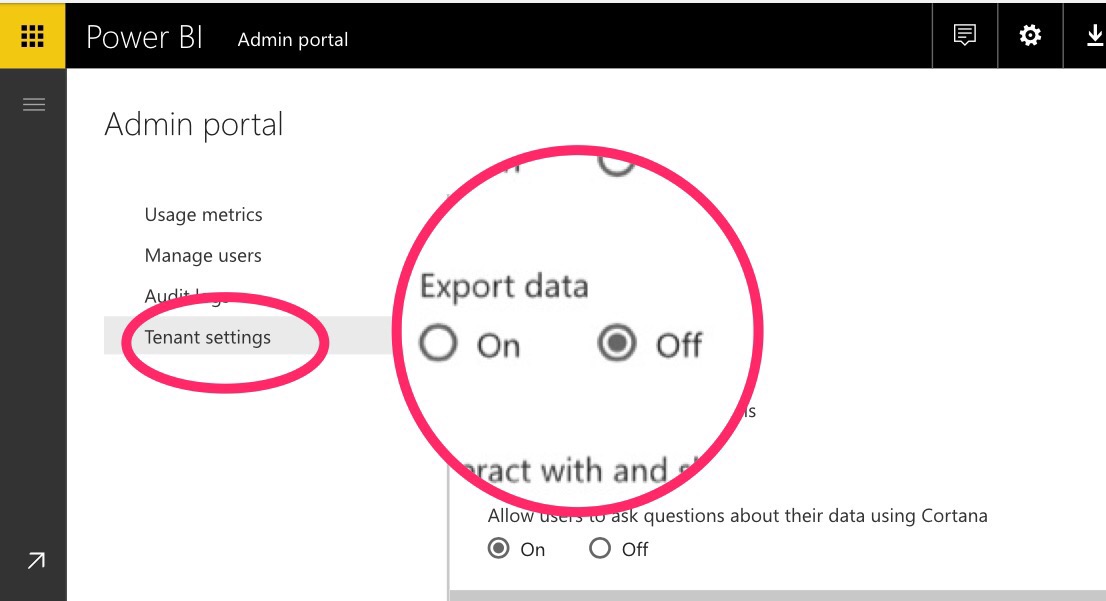 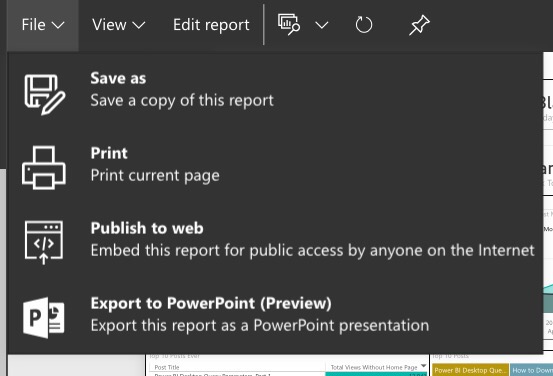 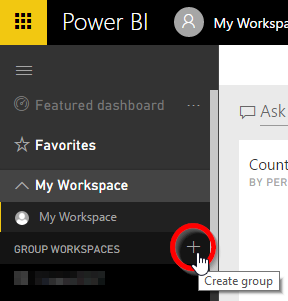 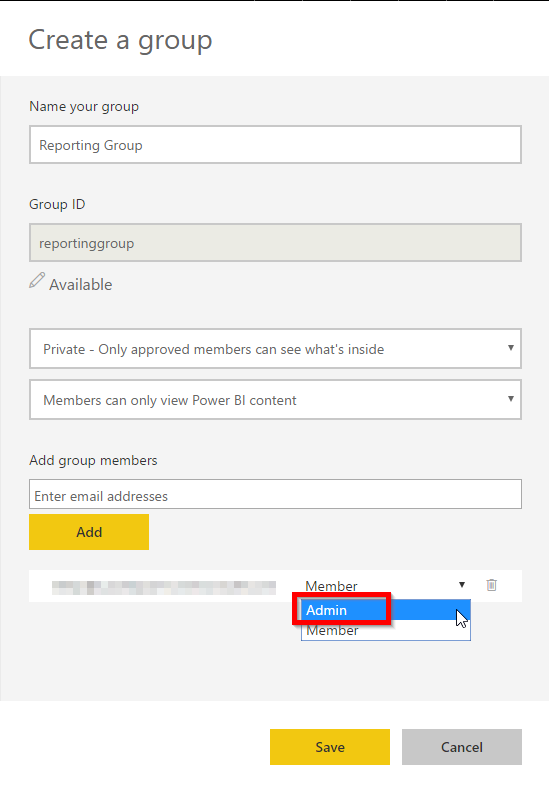 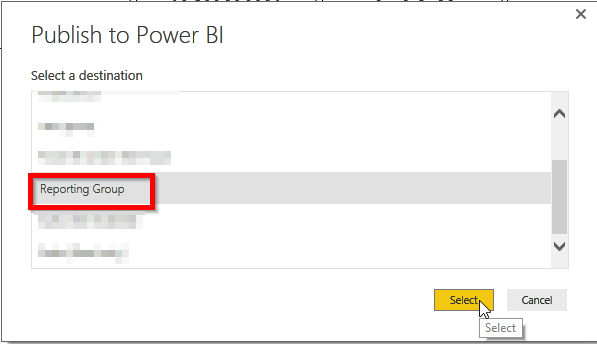 Now when the users log into their Power BI Service account they only need to open the new workspace then they’ll be able to download the report you created and published to the service. 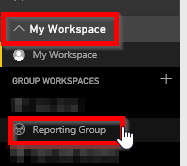 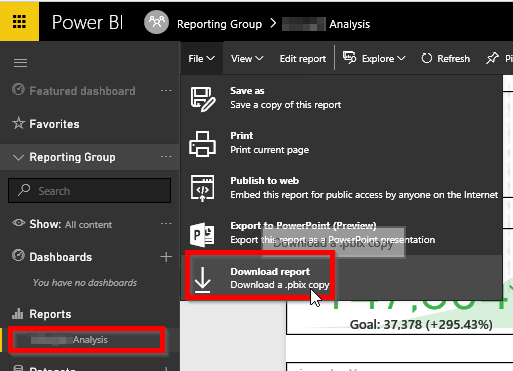 Thanks to Mudit Marwah for bringing the last part to my attention.

As I stated earlier, this is a very good start, however, there are still some limitations applied to this feature. I hope Power BI development team improve the feature so that we can download the reports created in Power BI Service from scratch which would make the feature more handy.