Using the solution below, you can easily deploy all SSIS projects from an environment to another environment or even several different environments.

Let’s start taking about the solution. 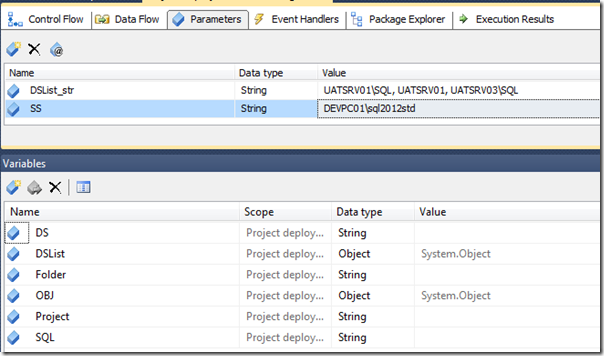 a. select “Microsoft Visual C# 2010” as the ScriptLanguage 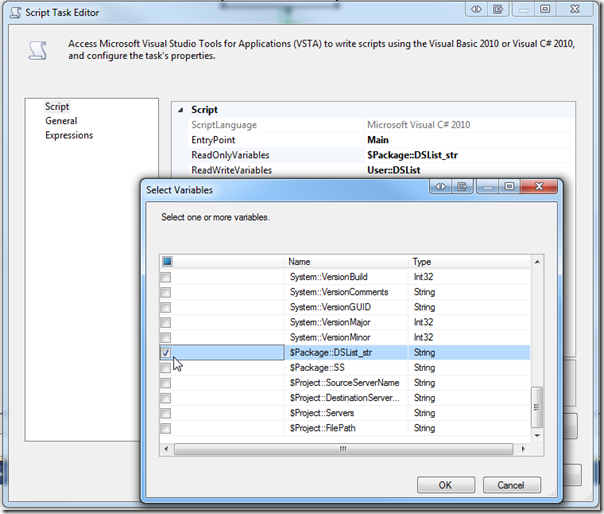 e. Put the following scripts in the main() method

f. Build and save and close the Visual Studio window

ii. Select ServerName from the property list and click on the ellipsis button and drag and drop the “@[$Package::SS]” parameter to expression area. 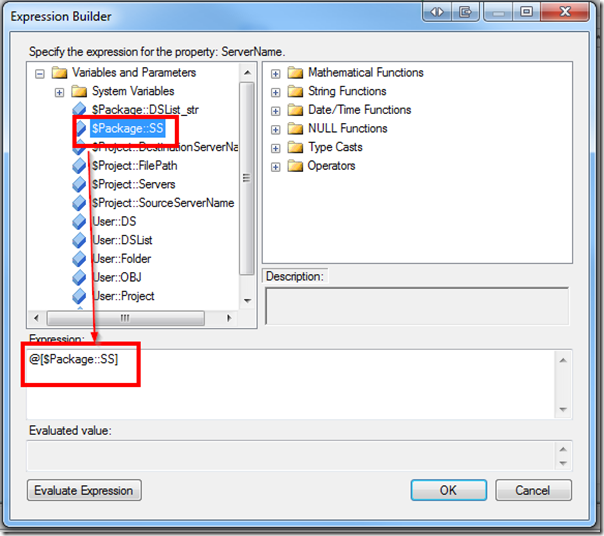 b. Create another OLEDB connection manager in the same way, name it “Target”. The only thing that is different is that you need to put “@[User::DS]” variable on the ServerName property when you’re defining the expression.

a. Double click on the foreach loop container, go to Collection section and change the Enumerator to “Foreach From Variable Enumerator”

c. Go to Variable Mappings, select “User::DS” with “0” on the index

e. Go to “Result Set” and put “0” under result set and select User::OBJ from the variable list

Double click on the “Repeat for all Folders and Projects” and make the following changes:

i. Go to collection section and change the enumerator to “Foreach ADO Enumerator”

i. In General section, Connection: Target

i. Go to process, Executable: %windir%\system32\cmd.exe

ii. Go to Expressions and click on “Expressions” from the right pane and the click on the ellipsis button. The select “Arguments” from Property and enter the following expression in the expression area: 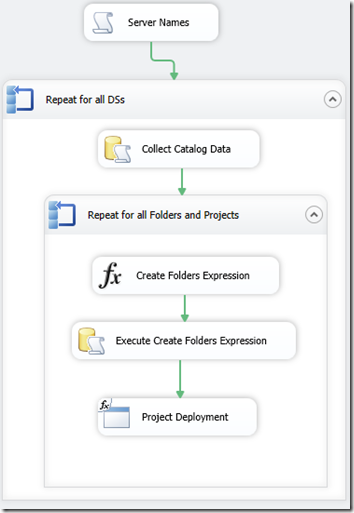 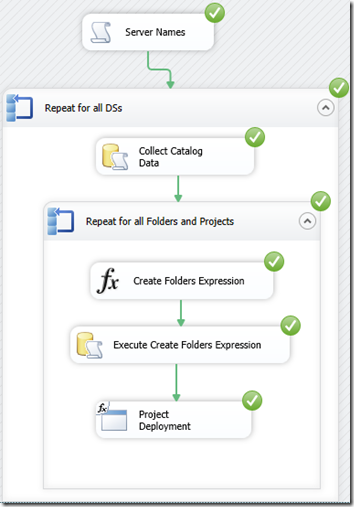 This list is getting passed to the “Repeat for all DSs” foreach loop container, so that the container repeats all of its subsets for each of the above list’s members.

When the “Repeat for all DSs” foreach loop container starts working it passes the server names to the “Target” connection manager, so that it can connect to the destination servers one by one.

Analysing the expression used in the “Project Deployment”:

· /C means we are passing a command to cmd.exe

· /S forces the ISDeploymentWizard to run in silent mode

· /ST:Server represents source type. In this case that we are deploying the SSIS projects to SSIS Catalog we put Server after the colon (:) sign.

· /SP: represents the source path of the SSIS Catalog that should be something like /SSISDB/{Folder Name}/{Project Name}

· /DP: represents destination path which is the path of deployment project

One thought on “Deploying SSIS Projects to Different Environments”